LUMBER – It has been a mixed couple of months for North American lumber prices, with a modest recovery in SPF prices in late July giving way to further declines over the last couple of weeks. Despite announced producer downtime, SPF 2×4 prices sit at $420 today (below cash costs for many in BC). SYP 2x4s have fared a little better, and are currently trading at $487, up from a low of $448 in mid-July. Further downtime is likely in BC (market conditions and fire-related sawlog shortages), but we do not expect to see a meaningful rebound in prices until retail chains work through the last of their high-priced inventory and look to replenish ahead of the fall construction season (late September?).

PANEL – OSB prices have been in freefall for the past six weeks. Benchmark NC 7/16″ is now trading at $390, down from a high of $1,345 in early-July. Declines have been even greater in Western Canada; 7/16″ is at $335 today versus $1,700 in July. A more positive tone has emerged in the last week, suggesting a price floor is not far off. But with new supply hitting the market, we do not expect a meaningful rebound. Plywood markets have followed a similar trend. Southern prices have fallen sharply, but should stabilize soon, while buyers out West remain concerned about further downside price risk.

PULP – Pulp spot prices have continued to drift lower after an initial July correction. Demand is weakest in China, leading to somewhat better availability in Europe and North America. We now expect ongoing, but more moderate, declines through year end as the high cost and low availability of ocean freight limits options for both producers and buyers. New BEK supply is coming, with impacts expected in early 2022. Fluff markets have seen their first nudge lower, but producers remain behind on orders. BCTMP prices continue to decline on weak Chinese packaging. Softwood CDP is the only grade to have bucked the trend in July, rising marginally on improved textile end demand and interruptions in supply.

CARBON – Overdue action on carbon emissions is being expressed through steep rises in carbon prices in both NZ and the EU. The NZ unit is close to NZ$50 after spending most of its history well below NZ$30. On its Q2/21 call, RYN indicated that it had pulled back on its NZ carbon credit sales ($2.7MM y/y lower through H1/21) with the view that prices will head higher. Rayonier Inc. noted that New Zealand’s Emission Trading Scheme (ETS) has taken several years to evolve, and it expects a similar process in the U.S. over time. Rayonier — along with the other timber REITs — intend to participate in carbon markets as a provider of solutions as the space evolves, but, to date, the form that such participation will take has been unclear.

In Europe, a targeted 55% emissions reduction by 2030 will be supported by explicit pricing of carbon pollution through their own evolving emission trading system (ETS). The recent €56 per tonne level is more than double the year-ago level.

The former SilviaTerra — now NCX — held its second quarterly carbon credit auction in July. Its simplified approach and shorter timeline (one-year harvest deferrals) saw increased traction: 577 landowners participated (versus 119 in April), 904k acres were accepted for harvest deferral (vs. 734k acres) and 500kmt CO2 impact (vs. 100kmt CO2) were covered. The carbon price of $12 (vs. $17) is meaningfully lower than in other jurisdictions, and should attract those seeking offsets in the near-term (including Microsoft and Cargill). With only two data points — and less than one complete deferral cycle — it is early days for this approach, but results and growth to date are clearly promising for monetization of forest carbon and for increasing recognition of the role forest could play in carbon sequestration.

Harvest deferrals for carbon present the greatest opportunity for Southern timberland owners, with limited impact on timber supply. In the Pacific Northwest, timber market prices are too rich for carbon prices to compete (at current levels). It is early days, but log/timber costs are going to be shifting for many reasons (European bark beetle peaking, Russian log export ban, carbon pricing, etc.). 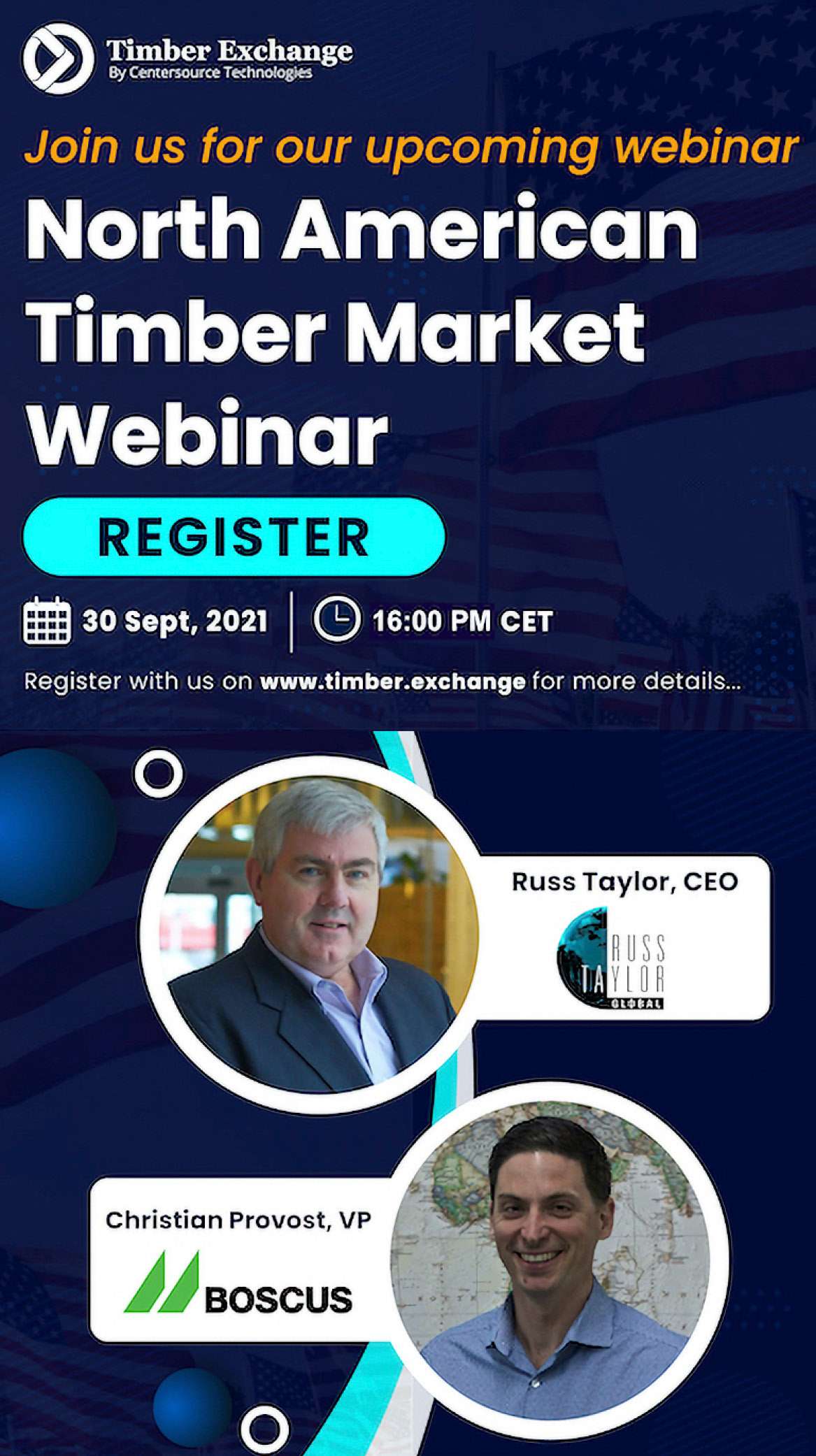