Carlton Owen, retired CEO, US Endowment for Forestry and Communities 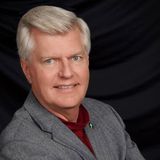 After One Approach for 40 Years, It’s Time to try Something Different (click here for Part 1)

While to some in the U.S. it might seem worthwhile to keep this fight going, I argue that it’s time to try something different with regards to the long-running softwood lumber dispute. The unexpected boom in U.S. home building as well as repair and remodeling during the pandemic wasn’t without a dark side. Yes, ALL producers benefited from the unprecedented upward price spiral, but all was not positive. Long-term relationships between producers and customers have been damaged. Too, while some in the U.S. look with disdain at the flow of Canadian lumber, little has been said of that now flowing in from Austria, Chile, Germany, Russia, Sweden and more.

The greatest long-term opportunity for softwood lumber markets in a century has been the emergence of mass timber – “plywood on steroids” where layers of lumber replace thin layers of veneer.  Have we unintentionally undercut the potential for this new suite of products to penetrate commercial and industrial markets to augment the traditional housing market?  Will the well-funded steel and concrete sectors instead make gains from our continued internal battles?

Moving to a Market-oriented Investment Tool

There are clearly advantages and disadvantages to be found in both the Canadian and U.S. forest management and manufacturing systems.  Neither is perfect; rather, they are just different. Instead of seeking to extract penalties against one another, what if we invested just a portion of the monies being used to fund legal fights and duties in the future of the sector?

If I now have you in the right frame of mind, let’s think about “intelligent choices” for Canada and the U.S. to act as a single player for a moment. No, I’m not trying to accomplish that which Ben Franklin couldn’t and make Canada the 51st state. Rather, I’m hoping that I can appeal to enlightened self-interest. As the largest producers and largest consumers of wood products on the planet, we in Canada and the U.S. have far more in common and far more to gain by working together to grow that market than we do in fighting over ever-smaller pieces of a diminishing pie if we allow competing products to make gains.

Perhaps we can agree on two foundational things: One, that we must focus on growing markets to have a bright future. And two, we aren’t likely to ever rationalize the vastly different approaches to forest ownerships and our differing systems of government.

In diversity is found the spice of life. Let’s grab it and grow with it. Rather than the punitive approach and the complexities rooted in technical duties. I’d like to advance a more simple and perhaps intelligent solution.

Our two nations both speak and operate in “dollars.” Yet, in the last 20 years those dollars – CAD/US – have been at par only twice (2011/2012). Over that same period the Canadian dollar has seen lows of $0.64 with averages just shy of $0.80 per U.S. dollar. The exchange rate alone likely eclipses the impact of advantages and disadvantages between our two approaches to forest ownership and lumber pricing.

Exchange rates are easy to track and impossible for a single sector to manipulate. Thus, these benchmarks could provide a superior tool to duty-based approaches rooted in complex and ever-changing log and lumber prices. Complexity and lack of transparency in those systems that has helped breed distrust and distract from a better way.

A Simple Solution by a Simple Thinker

Here’s my “simple solution.”  For example, let’s assume that the current exchange rate is $0.70 and that producers (and governments) agree to assess ten percent of the exchange rate value – in this case just 3% — of the sales price of lumber exported from Canada to the U.S. and invest those funds in a Canadian controlled North American Forest Futures Fund (NAF3).  Funds invested in NAF3 would operate as a perpetual endowment with interest and earnings used annually to fund desired outcomes. Those returns could then be used as follows:

There could be plenty of debate about the appropriate assessment rate (e.g. greater or lesser than 10% of the exchange rate gap) and how the pot should/could be divided. But I hope that the sector could see and get behind these two super priorities: investments in markets retention and new products as well as increased security of private timber supplies.

Funds allocated for research and development via FPI and FPL would go to ensure that the sector not only had needed information to retain current markets but also that to develop new products to grow the market pie for a brighter future.

Too, with ever expanding social demands eroding the potential for public lands in both countries to serve as reliable sources of raw materials, a new focus and enhanced tools must be implemented in both nations to ensure that the most productive private forests remain as forests. The use of perpetual conservation easements — far more cost-effective than fee purchases and socially responsible as lands remain on tax rolls — would help sustain raw material supplies for future generations.

To seed that effort with significant resources, perhaps 50 percent of duties collected to date could be used to jumpstart NAF3 with remaining duties rebated to Canadian producers.

It’s Time to Focus on the Future

Among the first projects that the U.S. Endowment for Forestry and Communities took on under my leadership was the study and groundwork for establishment of a global commodity research and promotion program (a.k.a. “commodity checkoff”) for a forest product — softwood lumber. The resulting Softwood Lumber Board has established an enviable track record of what can result from sustained collective investment in market protection and growth.

It’s time to bring the continent’s longest running trade dispute to a close and shift to a sustained investment vehicle that will benefit all in the greater forest sector. This work is too important to leave to governments alone or the shrillest voices at the extremes of the sector. The future of forests and forest products are in the balance.

Wasted Days and Wasted Nights – the Canada/US Softwood Lumber Dispute (Part 2 of 2) By Carlton Owen, retired CEO, US Endowment for Forestry and Communities

Wasted Days and Wasted Nights – the Canada/US Softwood Lumber Dispute (Part 1 of 2) By Carlton Owen, retired CEO, US Endowment for Forestry and Communities

Do we have enough lumber to meet North American Demand in 2021 and 2022  By Russ Taylor, president, Russ Taylor Global

Done right, modernizing forest policy in BC can benefit all of us By Bob Brash, TLA Executive Director