Solutions for BC’s Old Growth and the Working Forest

Kicking off Day 2 of the Truck Logger Association’s panels on the BC government’s efforts to modernize forest policy was David Muter, ADM, Resource Stewardship Division, BC Ministry of Forests. Speaking to government’s reasoning behind the old growth deferrals, Muter noted:

According to Muter, “putting a temporary pause in place on priority old growth areas—identified by the Technical Advisory appointed by government—provides the time and space to better understand what old growth we have left and how best to manage it.” Although the Technical Committee operated independent of government, Muter noted that “Ministry experts worked closely with the committee so as to understand the basis of their technical work and its credibility.” 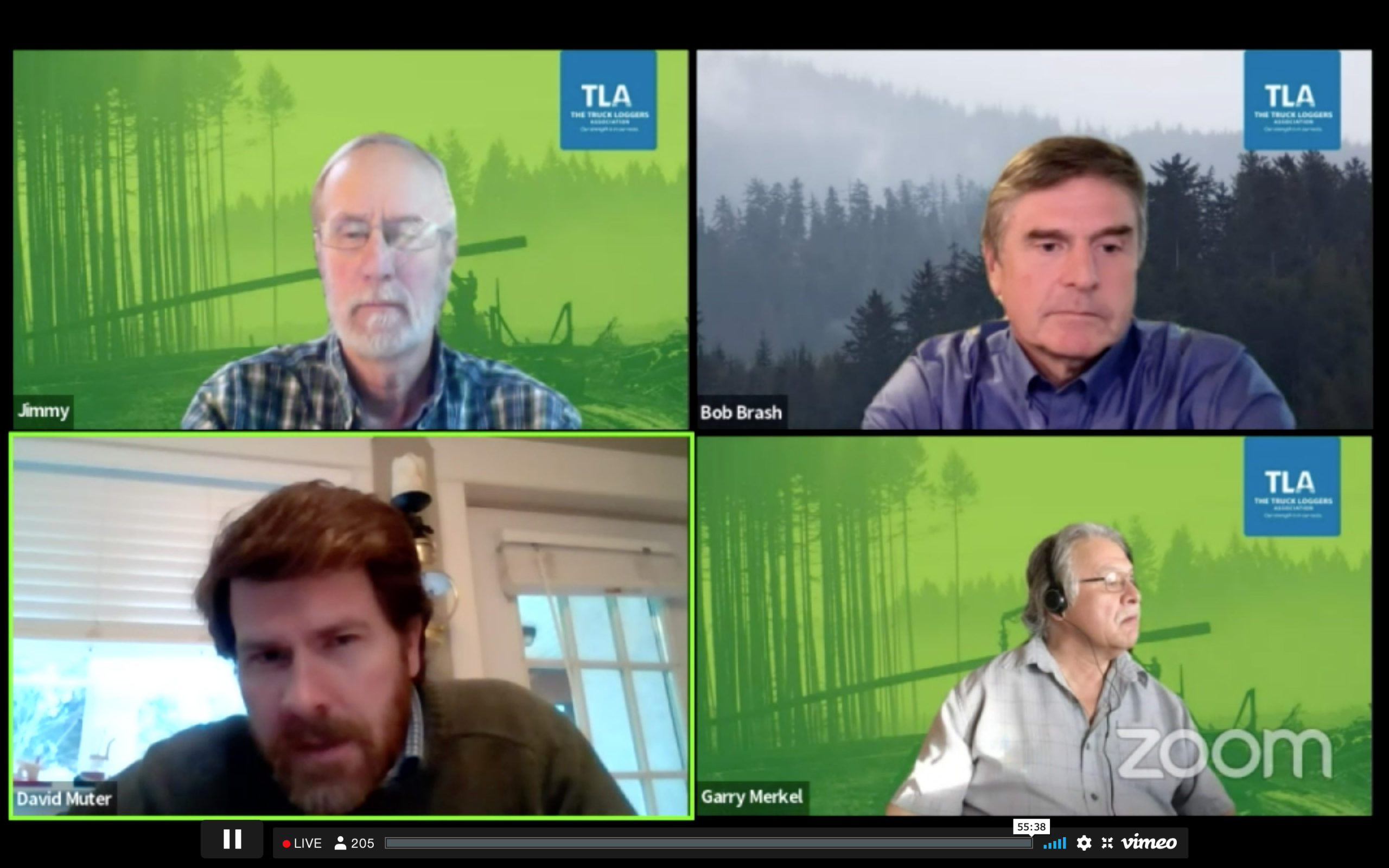 With respect to how the government’s commitment to First Nations is progressing, Muter said that, “some Nations feel confident in their current management regime (usually because of their deep partnerships with industry) and said they may not need deferrals. Some Nations said they need more time and others see the need for deferrals and want to proceed.” With respect to that latter—where there is not already an established partnership with industry—Muter said the Ministry intends to talk with industry and the impacted communities on how best to implement the deferrals to determine if they have the right data, or if there is a better way forward with fewer socio-economic impacts. Speaking to the future, Muter noted that the roadmap forward is “pretty much as laid out in the Gorley/Merkel recommendations, and the deferrals will provide time to build a new system where ecosystem health is a priority, providing security for biodiversity loss.”

Next up was Gary Merkel, co-chair of the Old Growth Review Panel, who spoke to his and Al Gorley’s work preparing the strategic review on old growth—the 14 recommendations from which were adopted by government. Speaking to some of the thinking behind the recommendations, Merkel noted the many ongoing policy initiatives that point to the need for ecosystem health, stable governance and a stable society/economy. According to Merkel, “there was an incredible amount of alignment from all sectors on the idea that we need to change the system. Managing for timber subject-to-constraints is a model that isn’t working for anybody. And many of the recommendations in our report recognize that society is undergoing a paradigm shift, and public policy related to forest management will need to adapt according.”

Merkel spoke to the importance of thinking beyond trees to the larger landscape level and the risk of biodiversity loss. “If you remove too much of a functioning ecosystem, you lose biodiversity. If you retain 70% you may have no material effect. But if you have 30% or less left, you risk the loss of species such as caribou and moose, changes to hydrological cycles, etc.” In closing, Merkel said, “this is transformative change that requires a paradigm shift in how we think about our forests. It will take time and the transition period is the hard part, but the end result is a very positive future for all of us. Importantly, it requires all of us working together, not a top down effort.”

The final speaker, Jim Girvan, principal at MDT Management Decision Technology, chose not to focus on the government’s decision to defer old growth, but rather—in the event that the deferrals become permanent—would identify some of the winners and losers. Although Girvan said he was open to being corrected, he said he was “not aware of any temporary government forest land deferral that has ever come back into the working forests during his career.” His list of losers and winners include:

Check back on Monday for our summary of TLA’s final panel, which includes: 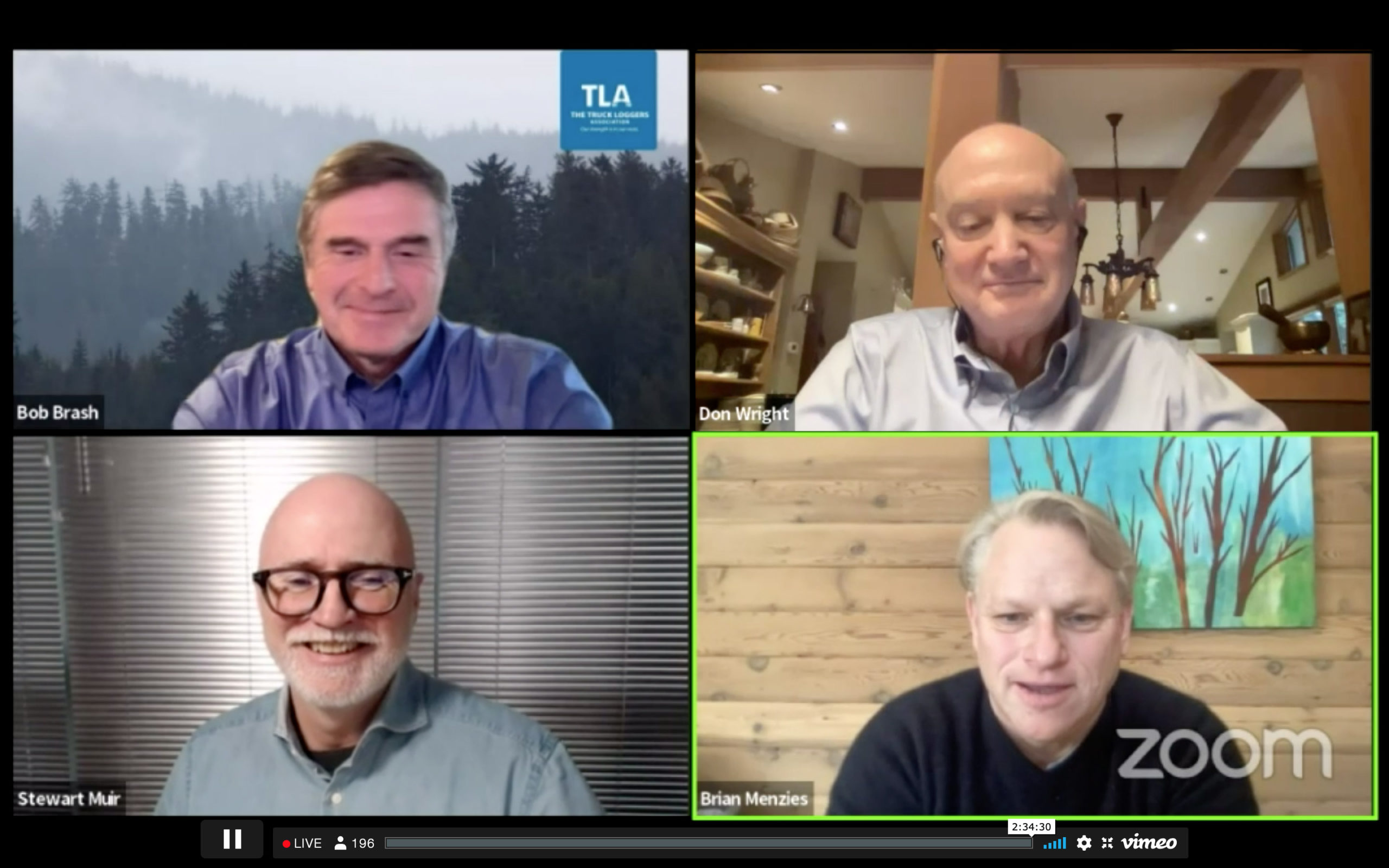 Modernizing Forest Policy in BC: Will it Work? By Kelly McCloskey, Editor, Tree Frog Forestry News